I've spent all morning playing on Spyro but 2 of those hours have been trying to beat one boss!!
I reached the point of wanting to throw the controller across the room so I've switched it off, I can set his feet, head and right hand on fire but I struggle with the left hand and of course the two times I have done it and gone on the next bit of beating him he gets a nice new shiny health bar while I still have my almost gone one.
I know exactly what I need to do but I jus can't do it :(

In other news, Chris rang me to say that The Riddle had arrived safely and she thinks it's beautiful :)

Now I'm off to have some lunch and pick up Zoe's UFO for the afternoon instead of making cards to take with me tomorrow
Posted by Lindsay at 12:34 No comments:

But the last one for a while, I'm off to the Post Office in a while to send it back 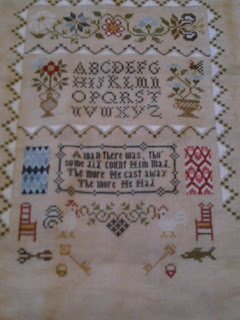 It now stands at 55 hours and it's just about half done. If your in the UK and going to Harrogate at the end of this week stop by The Nimble Thimble stand, say Hello to Chris and tell her you saw it here :) 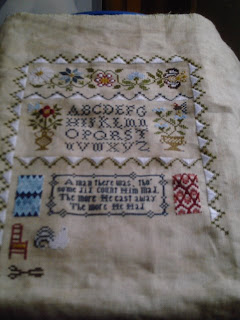 I didn't get much stitching time Thursday, Friday and Saturday so it wasn't worth doing a daily update, this is from this morning before I started. I have to post it back tomorrow so want to get as much as poss done today 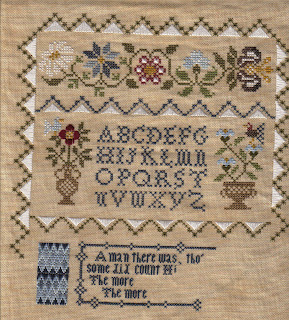 I had a good stitching day yesterday so thought I'd share, I may do daily updates for the rest of this week if I remember 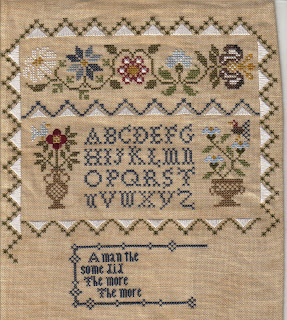 It's coming along quite nicely don't you think?
The flower pot on the right has my first ever Queen stitches on it and they were alot easier than I thought they'd be
Posted by Lindsay at 14:31 1 comment:

With myself right now :)
For quite a while now I've wanted to add a Blogroll but everytime I've tried I just couldn't figure out how to do it but this afternoon light finally dawned and it's now added (although it's taking it's time to update, I fixed a spelling mistake and added more blog's to it)
I know it's a simple thing but when your not very technical minded and you figure it out all on your own you can't help but feel pleased
Posted by Lindsay at 19:42 No comments:

This is the pic I should of posted last week before TW Monday and it's how it looked at the end of TW October, I didn't work on it much during the month because it was just too complicated for my grief stricken head to cope with 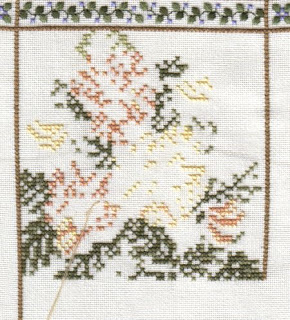 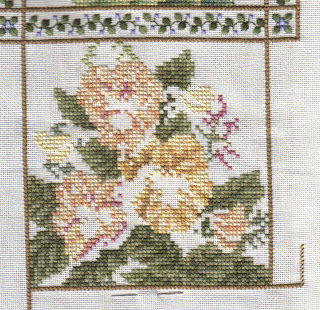 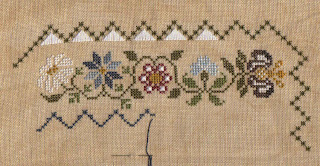