This had been hanging about half done for a couple of months and last weekend I decided it was time to finish it.
It's the Victoria Sponge from Sweet Treats by Katie Dean.
The recipe calls for size 10 and 11 Delica's and 15's for the icing sugar and having found somewhere I could get the 10's from I had to wait for them to come a bead show near me to get them.

I had fun making it and I'm tempted to make another in just 11 Delica's and 15's so I can compare the size of them. 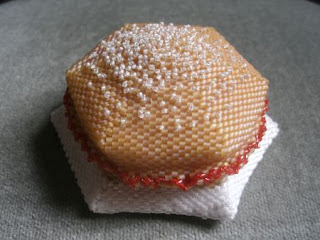 Been back to the Doc's today and from what she's given me and looking it up I think it's a case of walking pneumonia :(   last night I didn't get any sleep at all so between that and generally struggling to breath I never thought to ask!
Back to her next week for a check on how it's going.
Posted by Lindsay at 22:17 5 comments:

Last week was my Santa's Village week and between being busy and being sick I didn't quite get it finished but I'm happy with my progress and it'll get finished next week. 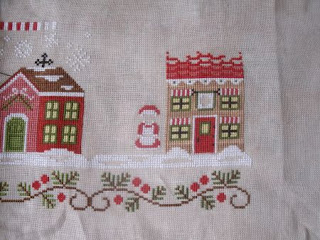 And of course my weekend progress on Legends of the Dragons.
Between still being sick and it being a Bank Holiday weekend so having an extra I made quite a lot of progress on it. 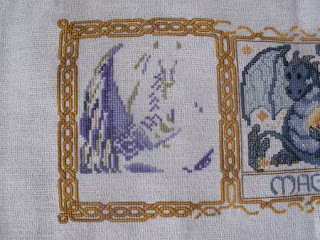 I've not been fully well for 2 1/2 weeks now, Friday I went to the Doc's who confirmed that I do indeed have a chest infection and she gave me antibiotics.  They have helped but I'm still not right and in fact I think I'm starting to get a little worse again so I'll be back there this Friday asking for a stronger dose.
Posted by Lindsay at 23:43 8 comments:

I completely forgot it was IHSW last weekend and didn't sign up for it but I was in Wales so couldn't of anyway!
Being up the side of a Welsh Mountain in a caravan not feeling to wonderful did have a good effect tho and I made really good progress on Legends. 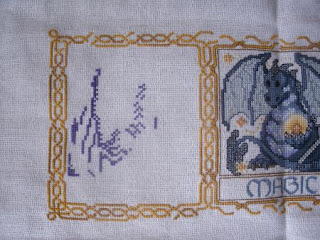 On Sunday when I went to have a look at my Toms I discovered that not only have they grown but they have friends :) 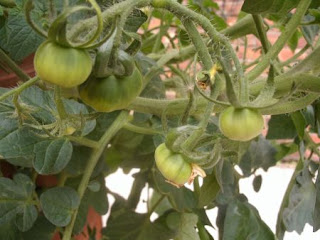 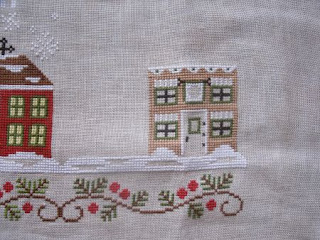 My weekend progress on Legends I did have more border done but a frog payed a visit :( 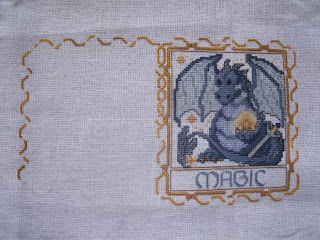 This year for the first time ever I decided to have a go at growing tomato's but I started late.
4 weeks ago tomorrow I planted 2 very scrawny looking plants and yesterday I found my first toms appearing :) 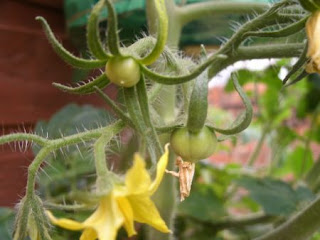 So you all know I'm behind in posting things I've finished right?  well by the end of this post I won't be :)

First is a Cubed Daisy Chain necklace that appeared in the Beadworkers Guild Journal earlier this year.
Stupid me didn't think to check the bead loop on the clasp was big enough before I finished the ends off and it's not so unless I want a fight it'll probably never get worn and not only that it's not really long enough for my taste and that's after adding extra repeats to it!

Next is class project that I can't get a decent pic of!
I took the class on July 13 as it was already booked and payed for but it did help keep my mind occupied after losing Millie the day before. 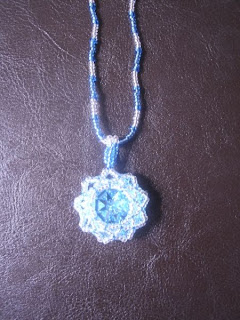 Last month at one of the beading group someone was having a clear out of magazines and after looking through a few I came across the instructions for this and just had to do one.
I did it in a day and will probably make more at some point 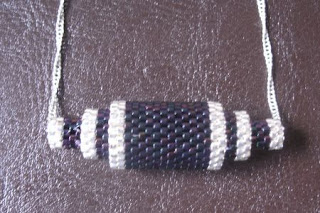 And lastly a box that sat naked for far to long!
When I used to go to a regular beading class years ago this was the project we were due to do the following class only the class never happened and still hasn't!
Mum found some instructions years ago for the exact same pot we had and I finally got fed up with seeing my naked purple pot sitting there and decided it was time to dress it :) 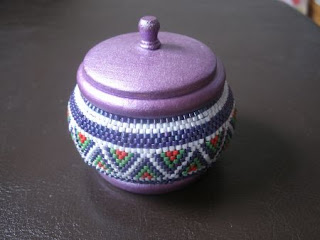 And lastly a request.
Teejay has been entered into a Cutest Baby competition could you please spare a minute to go vote for him
Posted by Lindsay at 23:41 5 comments:

It's that time of the month when perfectly normal sane woman all over the world post pics of what is essentially rubbish!!  And yes I'm one of them :)

This month I've added orts from The Zoo, North Pole Post Office, Again, Firefly Fairies, Legends of the Dragons and last but not least lots of KO, nymo etc from beading. 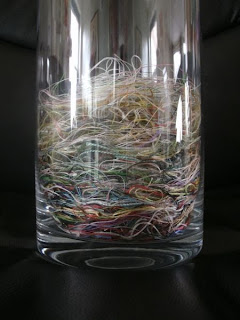 If you still have no idea what the TUSAL is all about click on this link
Posted by Lindsay at 23:50 4 comments:

Thank you all for your comments yesterday on the snow people and Rosie, today she's been dashing round like she's spider powered and the complete opposite of yesterday 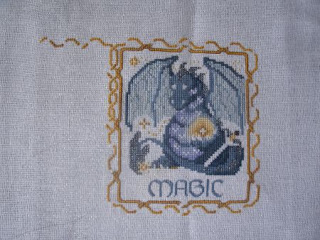 The black circle(ish) on the bottom left of the pic isn't a stain it's a strand of my hair that I never noticed until I opened the pic on the puter!
Posted by Lindsay at 23:20 6 comments:

This is the last of the box projects that I was asked to do a few months back.
I finished them all weeks ago but forgot to post them at the time so here they are now.
This Holly is as far as I know going to her niece for Christmas and so I used 'girlie' colours from the box to do her scarf, this time in pink and green rather than red and blue. 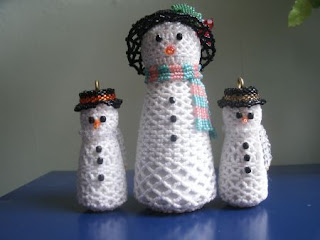 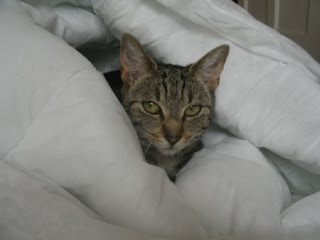 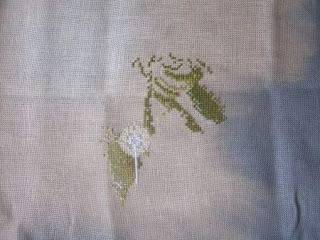 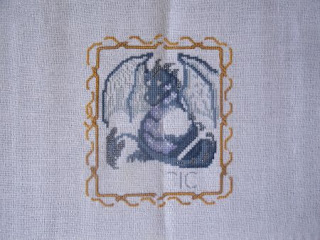 For July I saidGet The Zoo close to finished  I finished it :)Make a start on getting caught up on Santa's Village  I started and finished North Pole Post officeFinish Again! and start Firefly fairies  Both done

I stitched for 78 hours and 17 minutes in July, had 2 new starts and 3 finishes and 2 days of no stitching one of which was the day Millie passed the other I was at the beach with Teejay and family.