I'm still beading but lately I've not done quite so much as it seems that every time I go to work on it something goes wrong with it from thread breaking, patterns not working out right, having to undo several rows of it and then the beads went everywhere and so mixed up it took over an hour to sort them out and I didn't touch it for a week to name a few

Before the run of bad luck started I stared and finished this little patriotic butterfly.
It was designed to be worked in 15s and turned into a necklace but I don't have many 15s to I used normal delica's and I have no idea what I'm going to do with it, it was one of those projects that screamed to be done right away. 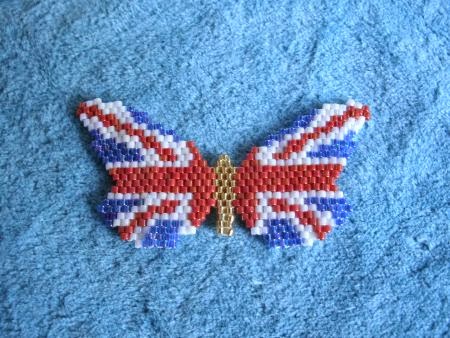 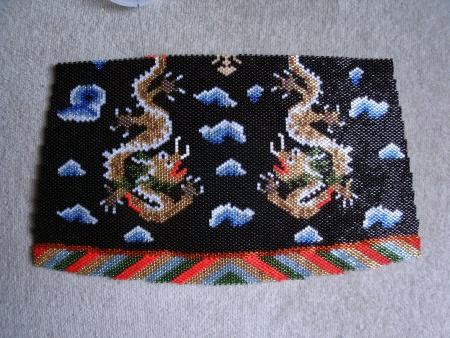 And I've started on a balloon.
I've admired these for a few years now and finally got my arse into gear, bought the pattern and made a start
This  is how it'll look when finished and it comes from the same designer as the ornament I entered in the Cheshire Show 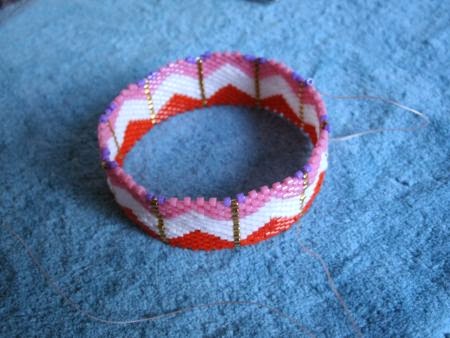 I love your beadwork!!

I absolutely adore that butterfly! It is wonderful. What about magnets on the back and turning it into a needle minder for when you're stitching. :)

Lovely looking butterfly. Like the ideas that others have suggested. It would be a shame not to use it someway.

I'm sure you'll come up with something wonderful for the butterfly.

The butterfly is lovely, as are the other 2 pieces.

Dragon robe is stunning, and the balloon is going to look great! I hope the beading gods start working for you and there are no more spills!